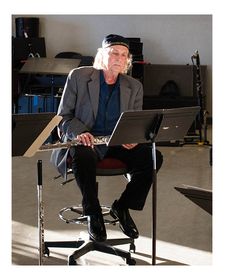 Raised in Chicago, Kenny has studied and performed many forms of jazz, from the mysteries of Monk to the preludes of Bach, with stops along the way for Latin, be-bop, Brazilian and Contemporary. He has received performance degrees from the Universities of Alabama and Nevada. Kenny has played principal flute in the Miami and Reno Symphonies. Kenny is a seasoned recording artist as well, and can be heard on numerous CDs, including Jeff Linski's "Angel Serenade" on Concord Picante, and his own recordings "Kenny's From Heaven", "Scentuality", and his latest release, "Mpingo". Kenny has been featured with such notable artists as: Stevie Wonder, Jaco Pastorius, Ira Sullivan, Cal Tjader, Richie Cole, Herb Jeffries, Paul Horn, Jeff Linsky, Helcio Miilito, Weber Iago, Claudia Villela, Pierre Bensusan, Lee Greenwood, and Roger Glenn. He was seen on the cover of "Jazz Now" magazine in August 1999 with a feature story.